The following excerpt was taken from a longer article entitled, Ivory, written by Daniella Mendenhall and published in the May, 2015 Temple Emanu-El bulletin. All photos are by Carl Wetzstein.

In June 2013, along came a musical treat in the tuneful history of Temple Emanu-El: a jazzy evening of vocals by Shuli Grohmann. Shuli was a long-time friend of Pnina Herzbrun z’l (1950 – 2014), and had been in close touch with her as Pnina’s illness progressed. Shuli, a professional singer, lives and performs in Germany, singing about her native Israel. She took the bima for an evening to perform for the congregation… with Rabbi Mike Herzbrun z’l providing keyboard accompaniment.

The festive concert evening had been arranged somewhat last-minute, based on Shuli’s changing travel schedule. Mike and Shuli were able to rehearse together, preparing traditional Israeli songs as well as popular tunes in Hebrew, German and English. The concert began, with the vivacious Shuli enthralling us with her powerful voice. Mike’s keyboard back-up was note-perfect. He looked confident and happy — his eyes glancing between Shuli on the bima and the printed music in front of him, and Mike’s ivory smile evident. I watched Pnina’s face also, held in her hands as she cried during a beautiful, sentimental Hebrew song.

Well into the musical evening and with the congregation clapping wild approval, Shuli’s performance became slightly more informal. She, like Michael, had long experience with the excitement and spontaneous essence of live performance. 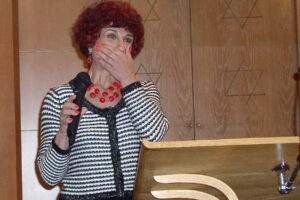 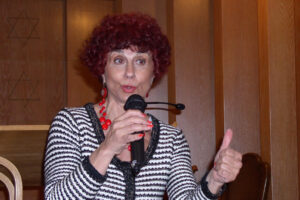 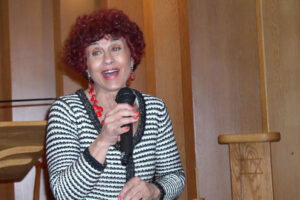 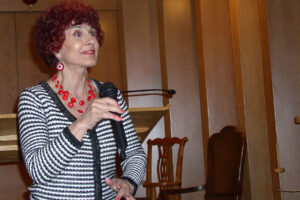 Something fascinating happened as I watched Rabbi Mike accompany Shuli in a very upbeat song that would wrap up the performance. Part-way through the piece, Shuli took artistic license with the song and began re-ordering chorus and verse; the musician in me recognized her deviating from a standard pattern. Her style and talent made the impulse-choice a great one, but she was throwing Mike a curve ball. I watched him as he concentrated, listening intently to Shuli with his eyes glued to the sheet music, jump-scanning across pages so as not to miss a beat! His brows furrowed and he leaned in over the keyboard slightly as Shuli sang rather creatively.

Mike was accustomed to this sort of musical improvisation. But he likely hadn’t done it in a while and clearly wasn’t expecting the sudden imperative to “wing it”; he did not appear comfortable. Mike never did miss a beat; he rode the musical roller coaster with Shuli and accompanied her with precision. But I marveled at these few moments of seeing him ill at ease; it was such a subtle happening that most other audience members never noticed his discomfort.

The song ended with a flourish. Wild applause followed; Mike and Shuli were, of course, gracious. 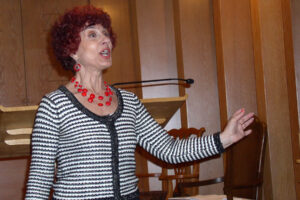 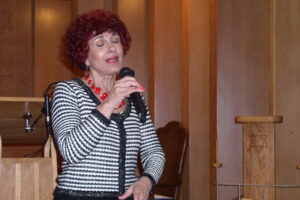 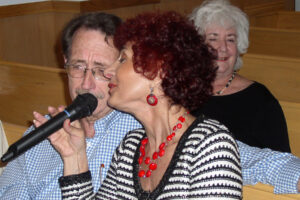 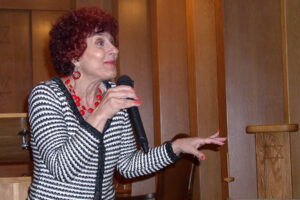 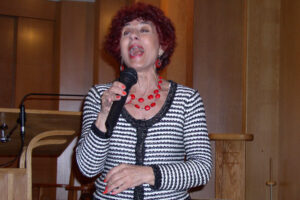 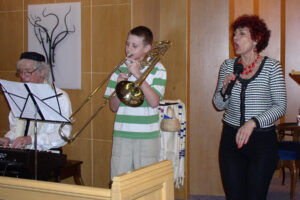